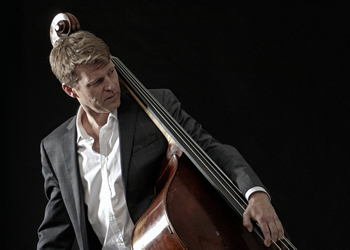 Bassist and composer Martin Wind was born in Flensburg, Germany in 1968 and moved to New York in 1996 to study at New York University (NYU) with a scholarship by the German Academic Exchange Service.

In 1995 he earned himself a diploma as Orchestra Musician at the Music Conservatory in Cologne, Germany while studying with Prof. Wolfgang Guettler, former bassist with the Berlin Philharmonics.

Since his move to New York Martin has become a regular at all major jazz clubs and is also in demand as a session player; his credits include movies such as "The Alamo", "Intolerable Cruelty", " Mona Lisa Smiles", "Fur", "True Grit" and "The Adventures of Walter Mitty".

In 1995 Martin came in third at the International Thelonious Monk Bass Competition in Washington, D.C.

In 1996 Martin Wind won the first Cognac Hennessy/Blue Note Jazz Search in Germany with his trio "Dreikland" and got to record an album for Blue Note Records.

In 2000 he was the first Jazz musician to win the Cultural Award of his home state Schleswig-Holstein. 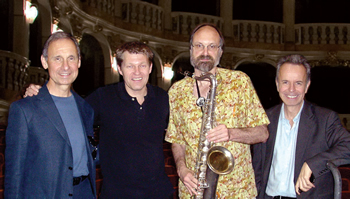 Currently Martin is a member of the trios of Bill Mays, Dena DeRose, Bill Cunliffe, Ann Hampton Callaway, Ted Rosenthal, as well as of Matt Wilson's Quartet "Arts and Crafts".

Since 2013 he has also been touring with Belgian guitarist and jazz legend Philip Catherine, playing material from their duo album "New Folks"(ACT Records).

Martin Wind is on the faculty at New York University and Hofstra University; he has taught at the National Youth Jazz Orchestra Germany and the Centrum, Stanford and Litchfield Jazz Camps among others.

Martin was commissioned to write music for the American Place Theatre productions of Tim O'Brien's "The things they carried"(2005) and Jeanette Walls' "The Glass Castle" (2007). One of his arrangements appeared on the 2014 movie "Love is Strange" feat. John Lithgow and Tony Molina.